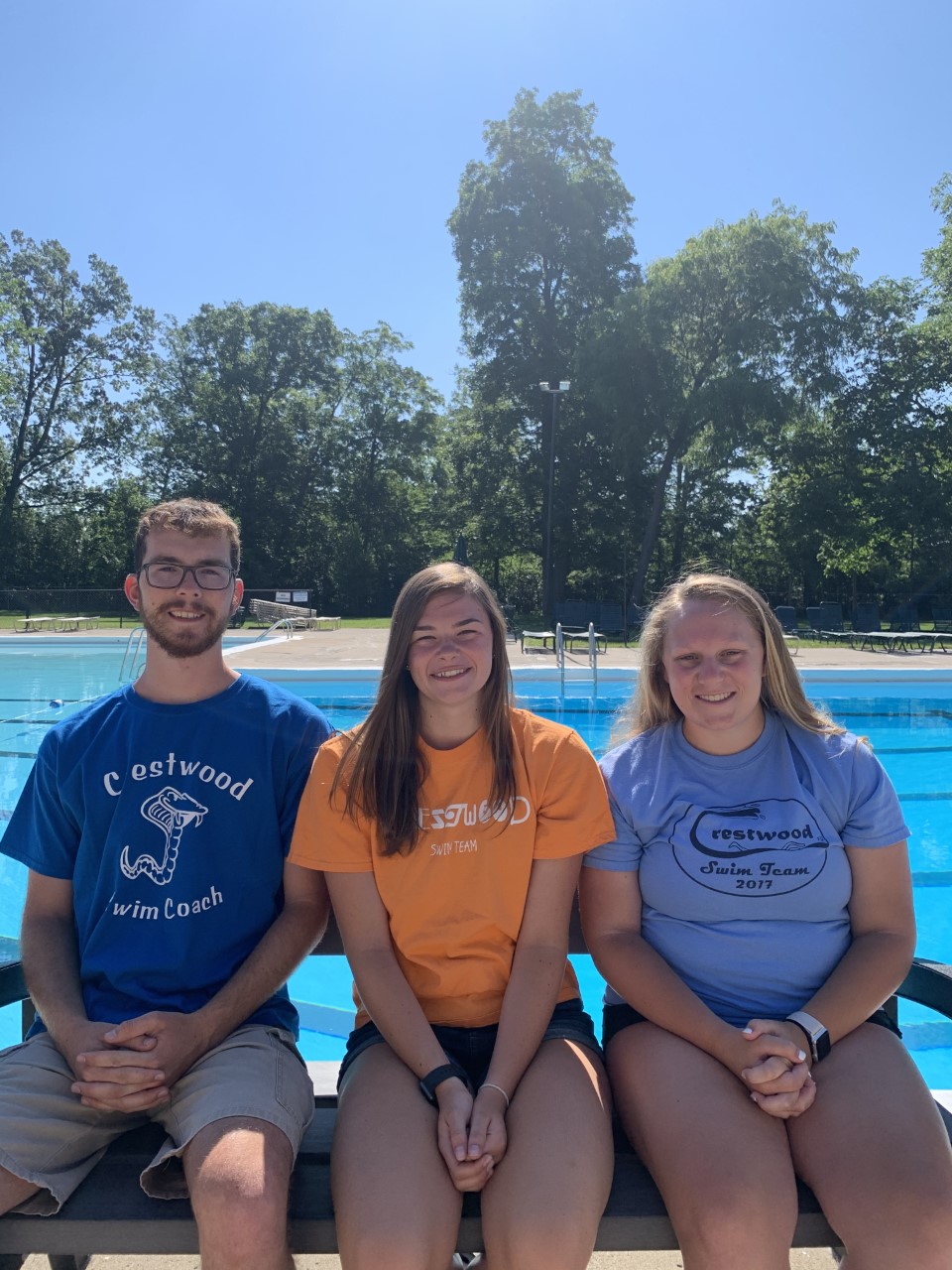 Carter Caldwell (Coach):This is Carter's third season coaching for Crestwood. He is a swim coach for Carroll High School, as well. Carter was a swimmer on the Crestwood Swim Team for 9 years. He has swam with the Coffman YMCA, KEY, and the Dayton Raiders. Carter was also captain of the Bellbrook High School swim team, where his 200 medley relay team placed second at state in 2018. He attends Wright State University and majors in Mathematics with a concentration in Education, as he intends to be a high school math teacher.

Claire Leibold (Coach): Claire will be coaching her third year at Crestwood, and her fourth year in the GDSA. She swam with Oak Creek for over 6 years; with Alter High School for 4 years; and with KEY Swimming for 5 years. Claire attends Anderson University in Indiana, where she will be a sophomore this year. She studies Language Arts Education with the intention of teaching middle school English.